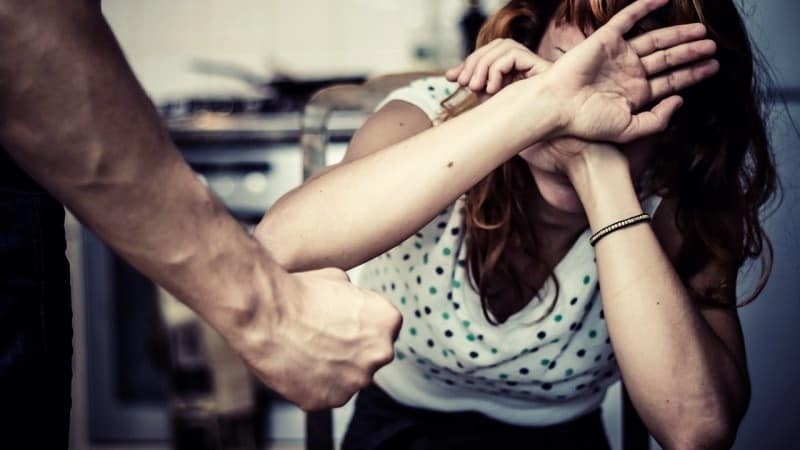 When it comes to domestic and relationship abuse, there are some huge myths that have been perpetuated over decades. Even though there’s a lot of behavioral science studying all aspects of this now, some of these myths persist.

These myths persist generally, but some species in certain cultures, especially religious, certain countries, and certain classes as well.

But generally, these myths, and situations can apply to anyone, anywhere in the world. So let’s take a look at the top myths about abuse and discuss why they are mostly wrong.

But it doesn’t make normal people become abusive. It can make people angry, and very occasionally make them lash out depending on the situation and their mental health, but it does not make someone abusive or excuse the abuse.

Alcohol and drugs make abusive people more abusive. It will tip them over the edge, bring it out into the open, and amplify behaviors they already have.

So although it will be claimed, for example, that men are more violent under the influence of alcohol and drugs in relationships, the truth is that those men would be violent and aggressive anyway.

Thinking this ignores all of the knowledge about how abusers break down their victims so that their mental health suffers. They become incapable of leaving sometimes or are just too scared.

They can be terrified of physical and social repercussions against themselves, their family, or their children as well. That’s why so many women have to run in the night because they are scared of what will happen.

In addition, abusers always take control of finances and other resources. There are simply very few options for the person who is being abused to take.

This is definitely not the case. Women can abuse men without any physical violence or threat at all. They use skillful emotional and sexual manipulation instead.

Whichever sex is doing it, what really breaks someone down is a pattern of controlling, threatening, degrading, and coercive behavior that gets the person confused, depressed, anxious, and starts to break down their sanity.

Add in financial abuse, harassment, stalking, sexual abuse, and online abuse, alongside coercive and controlling behavior, and it’s perfectly possible to be in an extremely abusive relationship without any hint of a physical threat. 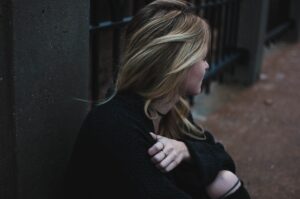 Abused women often make this excuse to justify staying in the relationship, and to fool themselves into thinking that the children are safe.

Of course, someone can be a good parent and be abusive. They can even not be abusive towards the children at all. However, that is not the most common way things happen.

It’s estimated that 90% of children in abused relationships witnessed abuse under-affected by it for the long term. Therefore, even if it’s not directly abuse of the children, the atmosphere and situation in the house can have lifelong effects, which can also normalize abuse and turn the children into abusers in adult life.

Abusers always blame the victim. They will make out that they were provoked physically, or emotionally, to lash out and lay into the abused victim.

Sustained abuse is never the victim’s fault. Although people can be cruel and provoke the other person into acts, and then turn against them in an abusive manner, sustained abusive relationship cannot ever be the fault of the victim, no matter what the individual acts they do in retaliation.

However, it is possible for two people to develop a codependent abusive relationship where both are continually provoking bad behavior in the other.

This attitude is especially prevalent in certain cultures, especially India, Asia, and the Middle East, although it can happen anywhere, especially if there is a religious background to the family.

It’s often linked to family honor, religion, and social conditioning. It’s all designed to create social cohesion at the expense of individual liberties.

Abuse is never a private family matter. Society pays huge prices for the problems it creates, especially with children who end up being unable to go through the education system, and then who move into criminality.

If you are being abused, it is not a private matter. You need to seek help and escalated as widely and quickly as you can to escape.

An abusive partner will also emphasize that they believe it’s a private matter, and will aggressively stop you from trying to make this otherwise. Of course, making it public loses control, which is not what they want, therefore they try and convince you that keeping your suffering private is the right thing to do.

It is somewhat a myth that women are as abusive as men. Overwhelmingly, the reported cases of domestic abuse in every country in the world are experienced by women who are partners to men.  Death rates in abusive relationships are overwhelmingly amongst women and not men.

However, this is contested due to the ways that the different sexes are abusive and manipulated.

In a relationship, they can also be incredibly cruel, belittling men’s performance and manhood, and breaking them down just as badly as men do.

Another problem with organizations claiming that women are not as abusive as men, is that they disregard the growing evidence that men simply do not report it. Men are not believed, they are ridiculed and laughed at, and not taken seriously in the way that women are.

Because men are expected to be men, and this “suck it up, you’re a man” attitude is still prevalent, abuse by female partners on male partners is a hidden epidemic that is not getting the attention it deserves in many countries.

Some women do lie about partner abuse to get children or money through custody battles. This is an undeniable fact. However, it is a very small minority in the overall numbers. There are always bad apples, and sex does not define that.

The truth is that all people are just as capable of lying over children and money to try and get an advantage during a breakup, regardless of their sex. However, because women tend to want custody of children, and men don’t, then they are often prepared to do more to get the children and the money to support them, even if it does mean using abusive behavior to achieve their goals.

It is a myth that women are attracted to abusive men. Generally, women are simply not attracted to these traits. However, some women definitely are. Sometimes this is due to social conditioning, sexual preferences, or conditioning through seeing how parents acted.

Also, it can be a sign of previous abuse in childhood or previous abusive relationships that have normalized abusive men.

There are also women who do like “bad boys”, they do like men who are on the edge. They like men who fight, who lash out, and they like to be made to feel small and female. They see this knife edge as exciting until it spills over into inevitable relationship abuse.

But this is a small minority, and it is a complete myth that women generally are attracted to men who are abuse.

Domestic abuse is prevalent in all classes of society and in all countries. It simplistic to say that men who abuse women had fathers who abuse their mothers, and vice versa.

But the majority of people who had abusive parents will not turn into abusers themselves. It can be a trigger because it has normalized that type of behavior, but conversely it can make people sensitive and hyper-aware of any type of abuse.

Abuse is triggered by many things. There are a lot of reasons why people become abusive and controlling. In many instances, a partner feels that they will be cheated on due to a previous relationship, for example.

But the truth is that there is no overall pattern that suggests that people who are abusive did have abusive parents, although it is acknowledged that it is one of the triggers that can generate abuse in that person towards others.