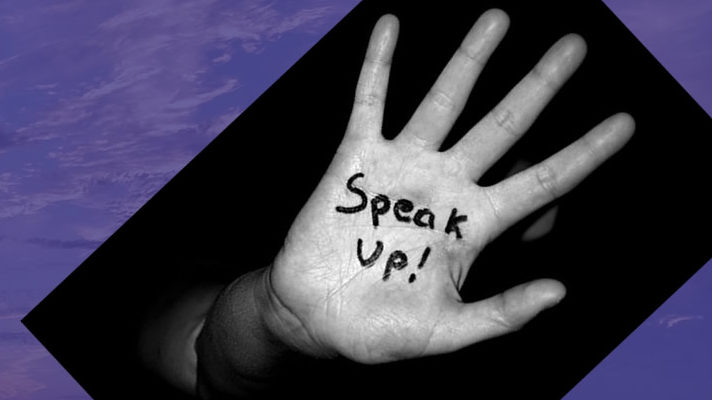 Sometimes it’s going to be blatantly obvious that you are with an abusive partner. The signs will be crystal clear. However, many times it’s not obvious until it’s too late and you are trapped.

Likewise, friends and family can often be blindsided. They can ignore things that are blatantly obvious, and they can even turn a blind eye to signs they don’t want to confront.

So let’s quickly talk you through what the signs are you could be with abusive partner early on. Then, we will go through the bigger set of signs for the longer term of them becoming more abusive and taking control.

We will also discuss if it’s possible to spot that someone is an abuser, or in an abusive relationship, and if you can mistake signs to make false accusations easily.

Early On Its Not Usually Physical Abuse

Most relationships don’t start with physical abuse. If they do, then they don’t usually last for more than a few weeks anyway. The abused person has to be drawn into gaining feelings and developing fear through control.

An abusive person may in the beginning not even realize they are abusive, especially not in the first relationship. There could be reasons for this, including upbringing or trauma. Once they do realize they are, they can sometimes calm down and change, but more often they will fight between good and bad.

But if they are abusive and don’t care, or embrace it actively, then it can be a progression that is actually done deliberately, if not actually planned step-by-step.

So usually the early signs of domestic abuse are not always obvious until the tentacles of been wrapped around the entire relationship.

It can be about controlling emotions and the mind far more than hurting the body in the beginning. Physical fear and abuse are not part of this progression. It tends to creep up in stages. Putdowns, convincing you not to see family and friends, demands, making out you are unreasonable and they are very reasonable.

Then it ramps up into accusations of affairs, ignoring you, criticizing you. Controlling more and more. This can ramp up over time into full threats to hurt you or kill you. Or to attack someone close to you, or hurt your children.

Then it often progresses to throwing things and punching walls and doors. A tell-tale sign of male anger is always a punch mark in a door.

How Abusive Partners Usually Progress The Gaining Fear And Control

Once the threats, accusations, outbursts of anger, and general overbearing behavior progress, things can ramp up dramatically.

Cash and credit cards start to be removed, and the money is spent without your knowledge or input. Every single move you make will be tracked, sometimes being followed. All dressed up as saying they love you and don’t want to hurt or they will never let you go.

The emotional control continues by saying things as they will never let you go, they would rather die, and you will never be apart from them. Family and friends gradually get cut off. First, they are criticized, then certain friends are removed, and then the family is removed. It’s always their fault and never their partner’s.

This abuse can grow into a complete dependency born out of trauma. You start to ask for the okay to do anything, you start to comply. You feel completely trapped and emptied, yet emotionally dependent.

Walking on eggshells, you can often be locked in the house. Then the hitting begins. The first time there are usually apologies.

Then the physical abuse continues. Every time there will be apologies in the beginning. When you confront them, they will say that will change and it’s not them. But it becomes more systematic over time, a campaign of abuse designed to overwhelm you and keep you completely under control.

They may begin gaslighting you, making you question your very sanity in a sustained and targeted campaign.

The fear and breakdown become complete. There’s no fight left, you hide from family and friends, you make excuses, and you hide the damage physically and mentally.

One progression that always happens is forceful and unpleasant sex. It may start off passionate and raw, and many people like that.

They may like the bad boy, or bad slut type, not realizing they have let the devil through the door. Over time you feel compelled to have sex, and then forced. Once rape becomes normal, it becomes more violent.

You are told how to dress, including being sexualized, but then being punished if anyone dares to actually look at you.

There is no respect for giving you an STD (they almost never loyal themselves), no condom to use, and they may even refuse birth control and just insist you have an abortion.

How Can You Spot That Someone Is In An Abusive Relationship?

Spotting that someone you care for is in an abusive relationship is difficult unless there are some really obvious signs that you are aware of.

Physical signs are obvious. If you know they aren’t into some sort of consensual rough sex then physical bruising and attempts to hide it, are usually a dead giveaway. If you are in the home, or out with them, look at the signs of control. Look at the mood swings, look at how they look at each other.

If it’s your friend, are they scared of going home? Are they checking their phone all the time?

Do they never seem to have money of their own, even if they earn plenty? Do they seem uneasy about leaving children alone with their partners?

When with you are they engaged on the phone? Does the partner insist on dropping them off and picking them up? Does it seem like you yourself are being watched and judged? 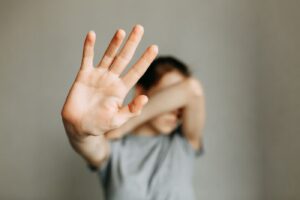 Are There Different Signs For Abused Men?

The signs of abused men by female partners are usually mostly similar, especially in the progression.

However, physical violence is usually not so overwhelming and pronounced, because of the physical strength difference. It tends to be far more viciously verbal with the man being put down, both personally and on social media.

He is never good enough, he’s not a real man, he’s pathetic; anything like that is a warning sign.

Physical violence can be hidden by men as well. However, although women can hit men, they will also use implements such as knives and mallets, anything to hand that overcomes that strength difference.

Because women can’t physically overpower you, they may attack you when you’re off-guard, like when you’re asleep. They may attack children or pets, or viciously damage something you are proud of. It can be a far more insidious, personal, cruel style of abuse.

Do The Signs Differ For LGBTQ Relationships?

Really, the signs don’t differ in this type of relationship. Whatever the sexuality, however, the people in a relationship identify, it all boils down to control through coercion and abuse. But regardless of how they identify, you may be targeted because of your orientation. Even if it’s the same as theirs.

Could You Mistake Abuse In Your Partner Or Watching A Friend?

It is possible that you can mistake abuse. There are consensual relationships that can seem abusive but which are fully consensual, wide-awake, and happy. The best policy is to educate yourself if you have suspicions and watch carefully. Listen, and probe. Ask questions, be normal and see if the responses you get are also normal.

Never confront either partner. All this will do is force them closer together and push you away. By confronting either, you will just give a reason for them to push you away, isolating the abused partner even further.

What To Do If You Feel You Are Being Abused

If you know or suspect, that you may be with an abusive partner, then the first step is to talk to a confidential service in your home country. Search online, there will be plenty.

They will be able to put you in touch with people who can help you locally. If things are really bad, you can approach the police as well, but don’t do it by calling the emergency number unless you are really in danger because if you aren’t immediately then removed permanently, it could ramp up the anger.

If you really fear, or you can’t get anywhere, have an emergency escape plan and plan to use it as soon as you can put everything in place to get away without being found.