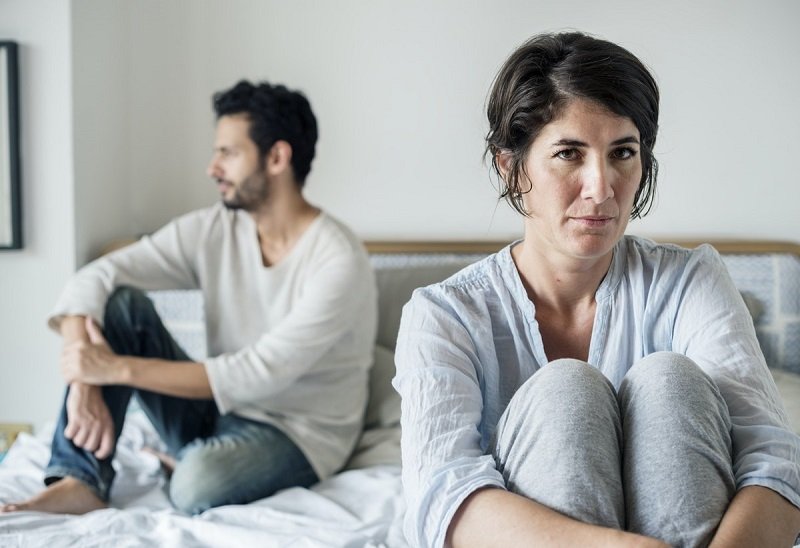 Although it is sometimes described merely as coercive and controlling behavior within the context of these relationships, the term actually covers a huge range of different behaviors.

Sometimes it’s tough to spot what actually is coercive controlling behavior because it interlinks with other types of abuse such as physical and sexual abuse.

So in this quick guide, we’re going to cover everything you need to know about coercive and controlling behavior.

We will go through each of the basic groups of coercive controlling behavior, and talk about how they link into the big picture of domestic abuse.

When someone deprives your basic needs, they either deprive you the means to get them, or they physically stop you from obtaining and using them.

Basic needs can be anything from food, to sanitary products, cleaning and dressing, and many other areas of human dignity. By controlling, and using as a weapon, those basic needs, it emphasizes the complete control they have over your life.

Basic needs can also be financial, although this tends to be classed as financial/economic abuse within its own description.

Also, deprivation of basic needs doesn’t just mean the abused person. Often it means their children. They are denied toys and other basic needs in order to control them and ensure gratefulness when things are provided to children.

Isolation From People Around You

Being isolated from the people around them is another form of coercion and control.

This isolation can be completely total. They are never allowed out. Sometimes even the extent of being physically restrained to stop them. This is extreme but it happens.

The isolation tends to start gently. Suggesting they don’t go out but stay with the abuser. Then this becomes more consistent until, through various methods, they give up all control over who they see.

Also, they will turn people against them and vice versa. They will sow seeds in their mind about the trustworthiness of that person, or imply that they have done or said something against them.

Through various strategies the idea is to get them to completely rely on their stop to not see anyone else other than them, and for them to have absolute control over when they go out, and who they see.

At the heart of this, path and control, is usually intense jealousy. They are scared that they will meet someone else, or realize how bad they are. Therefore, by cutting them off, there is less chance of this happening.

Also, the fewer people they have around them, the less support they have to fight back. They will be completely on their own and at the mercy of the abuser.

Financial and economic control are actually slightly different, although part of the same abuse strategy. Financial control is where the money of the abused person is limited or monitored, or sometimes both.

They will have to justify every single penny they spend. They will be checked up on, and they will never be given enough money if any.

Every penny that is earned goes through the abuser, who will not justify their own spending at all and will get angry and make out that you are a bad person if you challenge them. But it’s also about economic control. This is as extreme as stopping the person from working completely so that they have no independent power within the relationship, or to leave it.

Some abusers will deliberately enforce menial and degrading jobs on someone who is intelligent in order to break them down and make them feel worthless. So economic control goes far beyond financial control because it deliberately limits and damages someone’s ability to escape.

Controlling Where You Go And Who You See

Controlling where you go on who you see is the classic coercive controlling behavior mechanism of control over another. In controlling who they see, they limit their access to outside resources and opinions. It also strengthens their bond with the abuser because the only human interaction they get is with them.

It also is about jealousy. They will demand to know who you are with and where you are all times, and will never really believe you.

They will also limit you from seeing people they know could be problematic. For example, if it’s a friend they don’t like, who they feel could tell the abused person that that is the case and how they need to get out, then that person will be made bad and they won’t be allowed to see them.

So controlling where you go on who you see is also about turning you against other people, and turning them against you, as well as general control.

Forcing You Into Criminal Activity

Many abuse survivors have been forced into criminal activity. It could be as simple as ignoring drug use under their roof.

But it could also be knowing that someone is dealing drugs, and even having to handle drugs and money for them.

Sometimes, it goes as far as them being used as the drug mule in order to implicate them through fear, gaining more control over them.

But it could be anything illegal. It could be fraud or some other financial crime. Whatever it is, it has the dual purpose of moving their risk to you and implicating the you so that you are trapped with the abuser even more.

Forcing You Into Sexual Activity

This is mostly done through threats of violence, and after ensuring that the victim has fallen in love with the abuser.

Often, money is made from that person as part of a strategy of the abuse which turns that person into little more than an object. 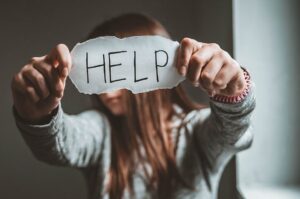 Stalking, Following, And Tracking You

It’s also a fear that they will come back, which would break the chain of abuse.

The tracking can also be remote. There have been a lot of talks recently about the Apple GPS tracking devices that are designed for things like bags, which have been used to track people’s whereabouts instead.

Dependencies are created in vulnerable people by taking control of their emotions first. Usually, a manipulative person will flood the abused person with love and attention to get them to fall for them, once they have feelings, it puts them under their control even more.

As well as the dependency on love is the dependency of shared space. Abusive partners tend to move in as quickly as possible and dominate their partner’s space, making it their own and taking control of everything.

Taking away resources such as money, controlling food, where they go, and relying on the abusive partner to take them places will give them permission, it all creates a growing dependency on the abuser in order to function.

Manipulation Of Professionals So They Work Against You

An abuser will try and manipulate any professionals who could come between them and the person they control.

It could be convincing healthcare professionals that there are mental health problems in the person that manifest themselves in self-harm or delusion. Anything to be able to turn doubt onto the claims made.

It could be trying to manipulate the courts in order to gain custody so that the children can then be used as a weapon.

I know one extreme situation where a corrupt doctor was paid by a drug dealer for the prostitutes he pimped. That Doctor would diagnose them with mental health problems and prescribe antidepressants.

Worse than that, the doctor would convince the women that they were mentally unwell and get them to sign paperwork that handed power of attorney to the abuser. This paperwork was entirely false, but the victims were so confused that they believed they had signed away their rights and now legally had to do as they were told.

Limiting Options To Get Away From The Relationship

Once control has been established, you don’t want all that hard work to go to waste as an abuser, do you? That’s why abusive people always try and limit the options for the other person to escape the relationship once they have total control over it and that person.

Financially they will take all the money away and control it. They may allow the person a car, but it not will be in their name. The house or rent will always be in the abusive partners name so that there is nowhere for the other person to go.

Basically, they were limit options of escape so that if the person has to get away, they have literally no resources do it with.