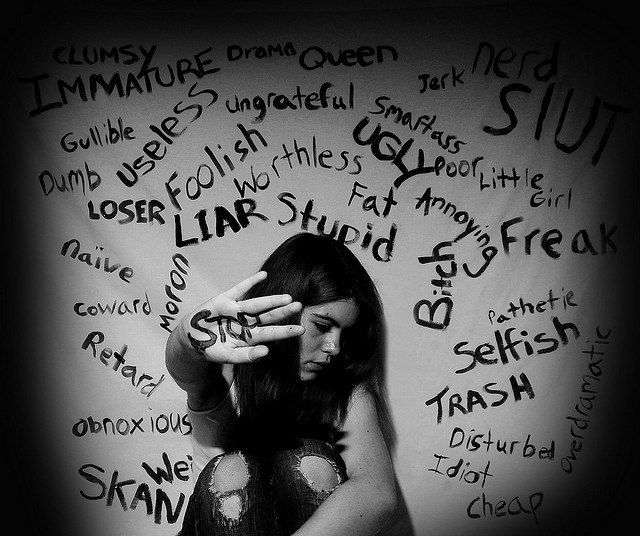 Domestic violence is just one part of domestic abuse, and there are also many other ways that abuse can manifest itself. Often, until it gets bad, the person involved doesn’t realize it until it’s too late, or they are in denial.

It can happen to everyone, not just women. Although it is predominantly men abusing women, every person could find themselves in that position.

What I’m going to do here is quickly talk you through all the different types of abusive behavior so that you can decide if one or more of those areas applies the relationship you are in right now.

Everyone Can Be The Target Of Domestic And Sexual Abuse

As I said, everyone can be in an abusive relationship. Don’t just think of this as men against women.

Also, there are so many different things that can feed into abusive behavior that often many people just don’t spot them. Some of those behaviors are often seen as “normal” in some societies, but in human terms, they actually aren’t how people should treat each other.

Note also that the abused person’s history can feed into this. Somebody who has had previous abusive relationships can actually gravitate towards that type of relationship in person because it feels “normal” to them.

Plus, you may not notice it happening until it’s too late. Many people who have survived abusive relationships talk later about feeling they were groomed. That means it was a deliberate ramping up of the abuse, a campaign to break them down in condition them over time so they didn’t even really notice the progression.

What Actually Is The Definition Of Abusive Behavior?

Domestic abusive behavior is generally defined as a pattern of incidents that is unhealthy. Controlling, threatening, coercive behavior is often accompanied by violence and psychological warfare in order to break a person down.

Mostly, it’s about control. Through the fear tools in the conditioning, they seek to take complete control of you to feed and deal with their own issues about relationships. But it can also be about insecurities. Somebody who has been previously cheated on, or feels that partner is better looking than them, could develop controlling tendencies.

So to be clear, abuse can be psychological, physical, sexual, financial, and emotional. It can also (and often is) all of those things together.

Physical Abuse: What It Exactly Consists Of

Physical abuse covers everything physical. It doesn’t have to be outright physical violence. It can be touching, pushing, even the threat of physical violence rather than actually doing it.

The response is what matters, a fear of being physically hurt. However it manifests itself, it’s about inflicting physical pain and resulting fear on someone else.

As you can see, it’s a huge range of things that some people would see as normal. For example, many women routinely dig than nails into men when they are angry, or scratch. This is abusive behavior, so it’s not just men who are physically violent.

Generally, throwing objects, even if they don’t hit the person are not even thrown at a person, is still physical abuse. It creates a fear that they will throw something at you, which conditions a person’s response to be fearful and submissive.

Emotional and psychological abuse is often the most difficult to discuss because it’s difficult to pin down exactly what is going on in some situations.

For example, psychological abuse can include gaslighting. This is where someone deliberately, and in a sustained manner, makes you question your own sanity by denying reality and changing things you know happened. For example, moving your car keys.

However, some of the key traits of emotional and psychological abuse are:

The next type of abusive behavior to talk about is isolation. That’s where somebody’s ability to interact is limited or completely taken away in order to break them down and control them.

It could include things like not having access to friends and family. Either through denying them, or starting to poison that person against them.

It can be limiting time outside, and removing money so that nothing can be done anyway. It could be taking away a car, or some other mode of transport.

Even if allowed out, isolation abuse includes constant checking up on someone and demanding to know where they are and who they are with, even potentially through GPS tracking apps and constantly demanding to use video calling so that they can see exactly where you are.

At the extreme, it could be locking somebody in a room or restraining them in some way, so that they physically cannot leave.

Overall, isolation is about removing someone’s ability to escape, or even speak to somebody else about the abuse they are suffering. It’s a control mechanism that completely removes that person’s independence.

Power and control are at the heart of all abuse, but it can be the main focus in some situations.

Most abusers want to control the people around them, especially their partners and partners children. Power and control could be things like forced marriages, or breaching family court orders, or refusing access to children.

It could be using force to maintain, or it could be a combination of physical and verbal tactics.

It can also be about physical violence used to maintain the rules set.

Financial abuse is usually also about control. However, it can also be about stealing money for someone else’s purposes, or about fueling a drug habit.

Economic/financial abuse usually consists of controlling all of the person’s income, and generally all income they can. Money cannot be spent without permission; many things will be refused. That person will also have to account for every penny they spend.

If they spend money, they will be made to feel guilty and will therefore spend less and less even when they really need to.

It can also include things like defaulting on payments, running up bills in someone else’s name, setting up false accounts, credit cards or companies to embezzle funds, and otherwise gaining money through deceit that will come back on the other person.

Sexual abuse is about many different things:

Note that some relationships consensually involved these things (other than contraception issues), and you should never judge somebody’s relationship based on bruises or things they say, unless a lot of nonsexual evidence is also available.

Control Through False Allegations And Threats Of

This is a style of abuse that many people do not think about. False allegations, or threats of making them, as a tool of control that is often used.

Those types of threats can be incredibly potent, as they could destroy someone’s entire life if they are believed. Even if they aren’t, it throws doubts on someone’s personality and integrity, which can be enough.

It can also be actually making false allegations. Usually, the abuser could go to the lengths of counterclaiming abuse and the relationship, or getting in first and ensuring that you are under the microscope with the police and authorities.

It could be threatening to tell your employer so you lose your job, which would bring even more power to the other person.

Although often overlooked, single accusations can be incredibly powerful and mean that somebody hands over complete control to another person in order to avoid the accusations being made. 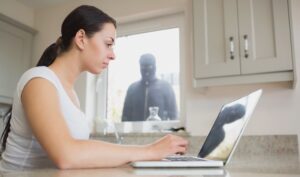 Stalking is another sign of abuse. It’s not just about crazy fans or strangers following people around.

Partners can stalk physically. Following you to see where you go. Checking up on you that you are doing what you say. Watching you to make sure you are not doing anything they don’t like, which is mostly around rapid fears that you are cheating on them.

But nowadays, it can also be online stalking. Creating fake accounts to trying to get information out of you. For example, flirting with a partner using a fake account to see how they respond.

It can also be using the Internet to track where you go and what you do online and physically.

Digital stalking can also include keyloggers, GPS tracking apps, physical tracking devices, creating fake accounts, hacking into accounts or stealing passwords. All of these things are done in order to exert control and deal with paranoia.